King Kong Cash will blow you away with its striking colours and cartoon-style graphics, depicting animals you’d normally only find deep in the jungle, including tigers, rhinos, parrots and of course the king of the jungle himself, King Kong. If you want to be rolling in fortunes fit for a king, swing on into the jungle and try your luck on King Kong Cash – just be careful not to slip on any of Kong’s banana skins! Try the game at https://www.uimbingo.com/. Blueprint Gaming is the creative geniuses behind this cash-tastic game and the team at Blueprint Gaming are leading gaming developers who create stunning games for the global market. They are based in the UK but their games are known across multiple continents. If you loved King Kong Cash, why not give some of their other fantastic games a spin?

King Kong Cash is an exciting jungle-themed slot game which has five reels and is played across 20 paylines. Go wild and monkey around as much as you like on this fun-filled slot game, there is an abundance of features to help you win a wild amount of cash, including a wide variety of Wild symbols, free spins and bonus rounds to give your fortunes a boost.

Wilds: The Wild symbols include Banana Cannon Wilds which are banana bombs from a banana cannon and Empire Spin Roaming Wilds as well as the usual Wilds on the reels. Just like regular Wild symbols, these two bonus Wilds substitute any other symbol with the exception of the Scatter symbol.

Bonus Rounds: There are a crazy amount of bonus rounds in this game including Sleepy Kong where when King Kong wakes up from his jungle snooze its your chance to win big once the bonus round is triggered. You’ll be sure to know when it is triggered as the sleeping beast will leap up from his jungle throne and grant you with a prize. There is also Barrel Blast bonus round and King Kong Trial Bonus round, where a new screen will launch with King Kong at the center, surroundied by a colourful carousel with barrels to blast in a bid to find bananas or a Golden Monkey in exchange for cash bonuses.

Free Spins: you’ll be going bananas with all the free spins in King Kong Cash, including Golden Barrel Super Spin which is a free spins round which will explode across the reels during the main game. There is also Empire Free Spins which takes you all the way to New York City where you will be climbing up the Empire State Building in a crazy quest for Golden Monkeys once more. Finally, there is Golden Kong Free Spins which is played across 40 pay lines. In this free soins round you will be given a certain amount of Wild symbols and free spins and you will then select from three barrels in a big to uncover the Golden Monkey – hopefully there will be no bombs in those barrels!

This game is much loved by its players and its no wonder with the abundance of features on offer with this game to keep players interested. Youll be on the edge of your seat playing King Kong Cash, especially with the opportunity to win 1,000 x your bet through the various themed bonus features and free spins the game has to offer.

To read more on topics like this, check out the Invest category.

Previous Post: « Importance Of Having A Good Credit Score For Your Business
Next Post: Online Roulette Guide for Beginners » 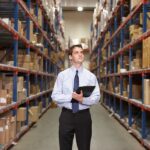 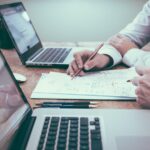 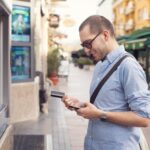 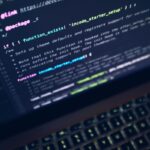