Real money can be made on the internet, and online gambling offers that to casino players and sports bettors around the world. In the past, there have been plenty of gamblers who have won large amounts of money online. But as players spend their money on a slim chance of winning, gambling operators get richer and richer every time. They are the true winners. This list of the richest people in online gambling is proof that the real winners are those on the operational side, not those who gamble online. A little real money gambling offers a lot of excitement, but it’s not a good idea to do so in hopes of walking away wealthy.

Denise Coates trained to be an accountant for a family-owned chain of betting shops and ended up managing them. With the success of online gambling, she sold the shops, bought the domain Bet365.com in 2000, and launched the online gambling site the following year.

As of 2020, Bet365 is one of the largest online gambling companies in the world, facilitating over $65 billion bets per annum. Coates is currently co-CEO of and majority shareholder of Bet365 with 50.01% ownership. She was the highest-paid British CEO in 2019 after controversially paying herself $422 million last year.

Mark Scheinberg co-founded online gambling site PokerStars with his father Isai in 2001 and turned it into the biggest online poker company in the world. PokerStars benefited from the poker boom that hit the United States and the rest of the world. It hosted countless online poker tournaments including the world’s largest online tournament series.

Scheinberg owned 75% of Rational Group when its parent company, Oldford Group, was bought by Canadian firm Amaya in 2014 in an all-cash transaction worth $4.9 billion. Since then, Scheinberg has become a major real estate investor in Madrid where he is involved in the restoration of seven historic sites for commercial and residential use.

Teddy Sagi is the founder of the gambling software company Playtech. The London-based Israeli businessman established Playtech in 1999 and turned it into a firm that trades in the London Stock Market. He sold 12% of Playtech for $400 million in 2016 and disposed of the rest for another $88 million in November 2018.

Sagi is also a majority shareholder for online gambling payments processor SafeCharge before selling it to Canadian company Nuvei in 2019 for a whopping $889 million. He is still into tech and real estate, and he is the owner of the famous Camden Market in London. In 2010, he bought the most expensive house in Israel which is built on the most expensive street in the country.

John Coates is the brother of Denise Coates, the name on top of our list, and he is the co-CEO of online gambling site Bet365 which he and his sister founded in 2000. Currently, John owns 25% of Bet365 which boasts of a client base of 35 million customers across 200 countries around the world.

Coates studied law at the University of Bristol and started his career as an attorney before he and Denise got into Bet365. In 2012, he helped Denise establish the Bet365 foundation which has donated $125 million to UK charities to help fund projects at home and abroad. John was named as the vice-chairman of the Stoke City Football Club of the English Premier League in 2015.

David Baazov rose from a school dropout to become the CEO of the largest poker room in the world. In 2005, Baazov would build the gaming empire that would later become online gambling company Amaya Inc. Baazov was at the helm when Amaya acquired PokerStars in 2014.

Baazov resigned as CEO and Chairman of Amaya in 2016, and he was replaced by incumbent boss Rafi Ashkenazi. He has since sold all of his equity and is no longer affiliated with Amaya Inc. in any way. Baazov led a group that offered to buy Amaya for $3.48 billion in 2016, but that did not materialize.

Previous Post: « How Temperatures Effect on Health
Next Post: Top 4 Financial Tips for Everyone – How to Save Money » 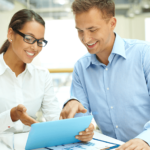 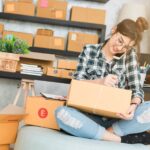 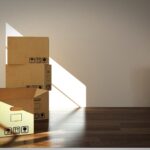 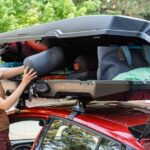